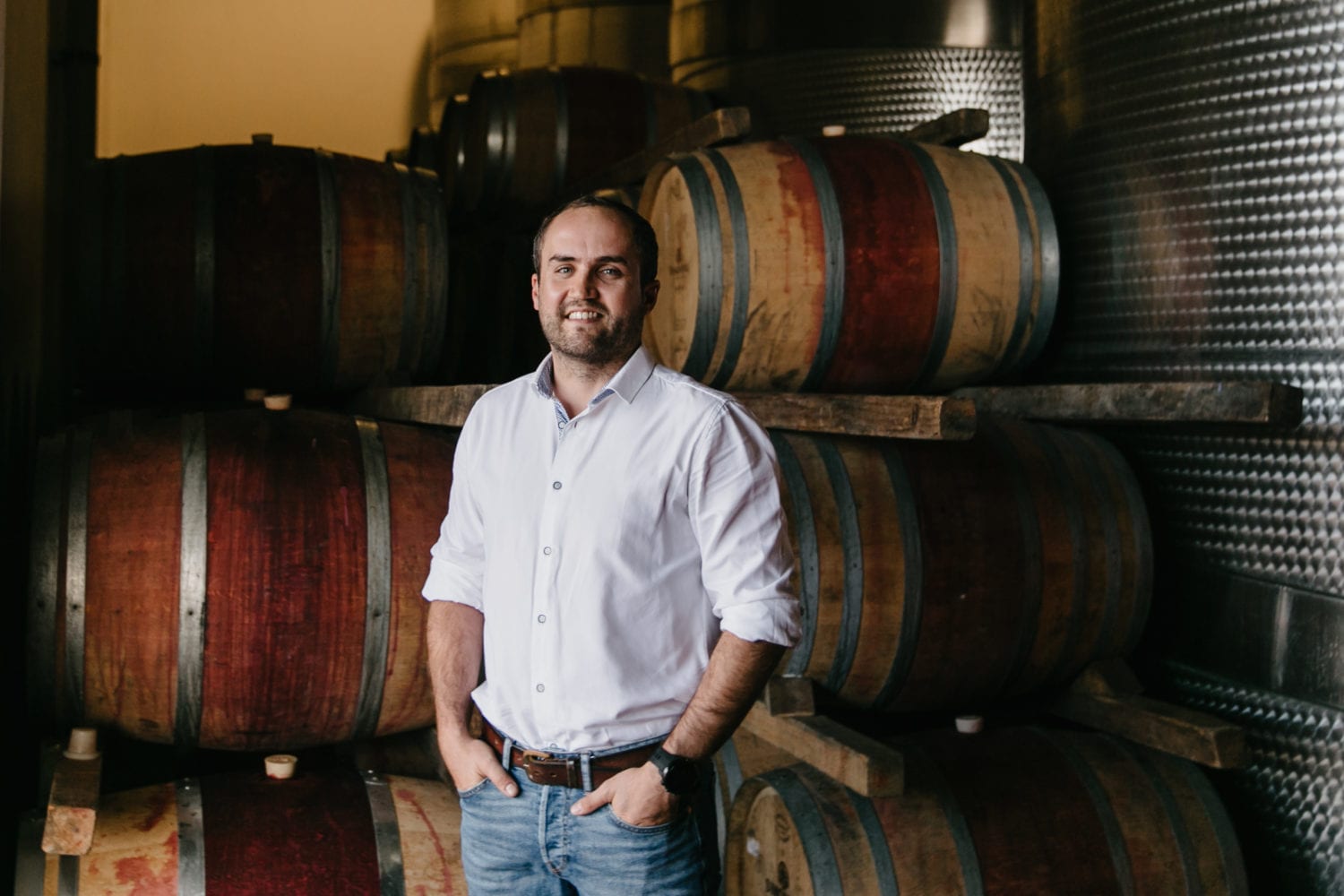 Michael Malan, grandson of the legendary Frans Malan, is the third generation winemaker at Simonsig.

As the grandson of the Simonsig legend Frans Malan, Michael Frans Malan is one of the few third generation winemakers in Stellenbosch. Michael joined the Simonsig team in 2017 after gaining experience in Italy, Australia and South Africa and was appointed red winemaker this year working under cellarmaster Debbie Thompson and his father, Johan, who is Simonsig’s Director of Wine.

But the decision to follow in the footsteps of the previous two generations was not a foregone conclusion.

“I had always enjoyed maths and chemistry at school, so when it came to choosing a direction in which to study I applied for engineering as well as for viticulture and oenology at the University of Stellenbosch, and was accepted for both study-fields,” says the ebullient 30 year-old Michael. But the final decision came during a gap year when he found himself working a harvest in the Alto Adige region of Italy.

“Myself and the other workers couldn’t speak each other’s language, so all communication was done around vineyards, grapes and wine-making. We might not have been able to speak to each other, but wine was a shared passion and a value we had in common,” he says. “It was in this environment I decided, right, this is it. Hello winemaking and goodbye engineering.” Like his grandfather and father before him, Michael graduated with a BSc degree in viticulture at Stellenbosch University.

>span class="s1">After graduating at Stellenbosch University Michael set off to see the other parts of the wine world. He did two harvests in Coonawarra at Brands Laira as well as working at d’Arenberg in McLaren Vale, Australia.

“It was a terrific experience to work in another country’s wine industry,” he says. “Once again, as a winemaker yourself and the Ozzies share a love of wine and vineyards. But I was accorded amazing experiences, such as working with fruit from Cabernet Sauvignon vines of over 120 years old in Coonawarra. And the wines are just amazing.”

So too the culture. “One thing Australia has that I find lacking in South Africa is a broad wine culture,” says Michael. “In South Africa the reach of wine and its ethos is limited. In Australia the whole country talks and drinks wine. It was quite something to experience.”

Back in South Africa, Michael headed to the Hemel-en-Aarde Valley where he worked with JC and Carolyn Martin at Creation, one of the country’s dynamic new-generation cellars. “Great people to work with. JC’s Swiss precision in the vineyards and the cellar, and Carolyn’s marketing energy and skill.”

But with the age of 30 drawing near, Simonsig called for Michael. “I spent 2018 working in the vineyards, getting to know each and every block, something a winemaker needs if he or she is going to do justice to those grapes by turning them into wine,” he says. “I love the soils, the way the vines have adapted on Simonsig over the decades, the sense of place the vineyards give the wine. It is great being out there in the vineyards, and although my title is red winemaker I am still keeping an eye on the vines and acting as a link between the cellar and the vineyard.”

And now that he is not running around the winery during his dad’s supper-time but a fully-fledged winemaker, what has he learnt from Johan?

“Definitely his attention to detail,” says Michael. “Everything is thought through, all the systems have been tried and tested, allowing myself, Debbie and Charl (Schoeman, responsible for Cap Classique and white wine) to work from a solid foundation.”

With Michael’s first red wine vintage awaiting release, the footprints of the Malan family are deepening. Grand-father Frans would appreciate the new addition to Simonsig terroir.