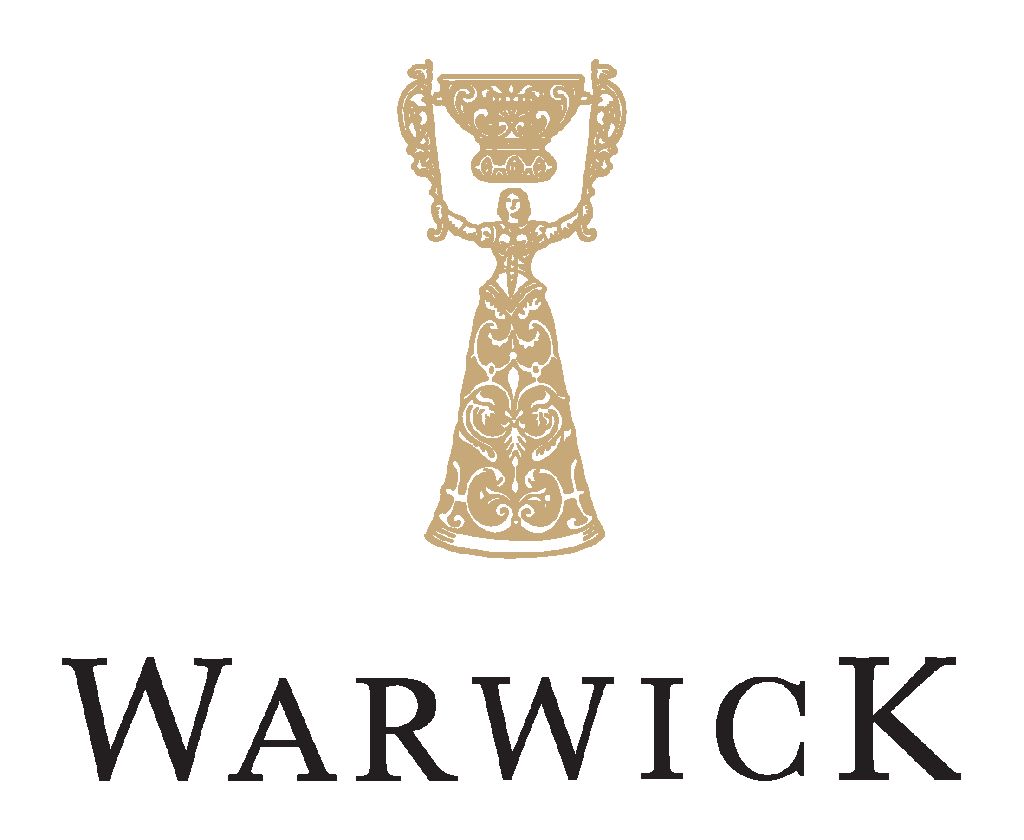 Warwick emerged on the forefront of South Africa’s wine scene in 1964 when Stan and Norma Ratcliffe bought the estate and started developing the land with an extensive focus on the classic Bordeaux varieties: Cabernet Franc and Cabernet Sauvignon.

Through determination and commitment, Norma Ratcliffe became one of the Cape’s first female winemakers – and one of its most illustrious wine personalities, whose legacy is immortalised in the Warwick “First Lady” range.

The first wine under the Warwick label was released in 1984, then named “La Femme Bleu” – “Blue Lady” as it is known today. Two years later, in 1986, the Warwick Trilogy – a three varietal Bordeaux-style blend – was released and has since been recognised as a truly iconic wine, with multiple vintages adorning some of the greatest wine lists in the world. Throughout the years, Warwick’s wines have won many awards, firmly establishing the brand as a South African icon.

The First Lady range of wines are a tribute to Norma Ratclife. The founder and first winemaker at Warwick estate and of the first women to make wine in South Africa. Currently in its third vintage, The First Lady Sauvignon Blanc has established itself very quickly as one of the most popular wines on the estate.
Download Factsheet

The First Lady range pays tribute to Norma Ratcliffe, the founder and first winemaker at Warwick Estate, and pioneering female figure in the South African wine industry. The First Lady Chardonnay is elegantly crafted to highlight the amazing fruit and texture of Chardonnay. After fermentation, the wine is kept on the lees for 100 days before blending.
Download Factsheet

The First Lady range pays tribute to Norma Ratcliffe, the founder and first winemaker at Warwick Estate, and pioneering female figure in the South African wine industry. Pinotage grapes are picked at low sugars and ripeness to make this delicate and juicy, bone dry Rosé. Sunshine in a glass!
Download Factsheet

The First Lady range of wines are a tribute to Norma Ratcliffe. The founder and first winemaker at Warwick estate and of the first women to make wine in South Africa. Cabernet Sauvignon is the first wine made under the Warwick label. It is fitting that this is the best known and most popular wine from the estate.
Download Factsheet

The First Lady range pays tribute to Norma Ratcliffe, the founder and first winemaker at Warwick Estate, and pioneering female figure in the South African wine industry. This Pinotage is a new addition to the First Lady family. The wine was aged for 14 months with various types of oak used, to add structure and body without overpowering the rich and juicy Pinotage flavours.
Download Factsheet

The Professor Black Sauvignon Blanc has always had a peach flavoured undertone and the Ratcliffe family believes this is due to the previous peach orchard plantings on the farm by "Professor Malcolm Black", who was a pomologist at the University of Stellenbosch in the 1920’s. This Sauvignon Blanc comprises grapes from two vineyard blocks situated high on the Simonsberg Mountain. Multiple pickings add complexity, different aromatics and texture. The wine is aged on the lees for 100 days before blending and bottling.
Download Factsheet

Warwick's premium chardonnay, The White Lady has received critical acclaim, twice being voted the John Platter white wine of the year. Produced from two selected Stellenbosch sites that add freshness and acidity, and from a vineyard on Warwick that adds textural and structural elements to the wine. All three vineyards are picked separately at different ripeness levels to add depth and complexity.
Download Factsheet

The DNA of the single vineyard Cabernet Sauvignon from the estate goes back to the very first wine produced under the Warwick label, when it was released in 1984 – then named “La Femme Bleu”. A quintessential example of Simonsberg Cabernet Sauvignon - powerful and rich, with tremendous ageing potential. Three specific blocks were used to produce this stellar wine, that was aged in French oak barrels for a period of 27 months, before selecting only the best barrels for the final wine.
Download Factsheet

The Three Cape Ladies was the very first Cape Blend to be bottled in South Africa. It is a unique three way blend of Pinotage, Cabernet Sauvignon and Cabernet Franc. A further sanctification of what can be achieved with the incredible Stellenbosch terroir and its ability to deliver fantastic appealing wines. The wine was matured in French oak barrels for 27 months before blending and bottling.
Download Factsheet

The traditional blend consists of Cabernet Sauvignon, Cabernet Franc, Cinsault, Merlot, Petit Verdot and Malbec. Inspired by the wines that came from the Simonsberg in the middle of the previous century, where classic Bordeaux varieties were mixed with Cinsault. Ageing in small French oak barrels for a period 18 months.
Download Factsheet

The Warwick Trilogy was first produced in 1986 as the flagship Estate wine. It was launched as a three-varietal Bordeaux-style blend - hence the name - of Cabernet Franc, Cabernet Sauvignon and Merlot.
Download Factsheet